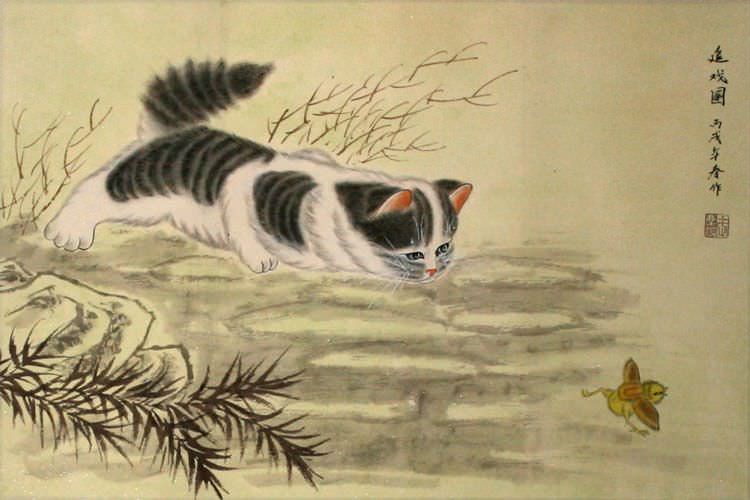 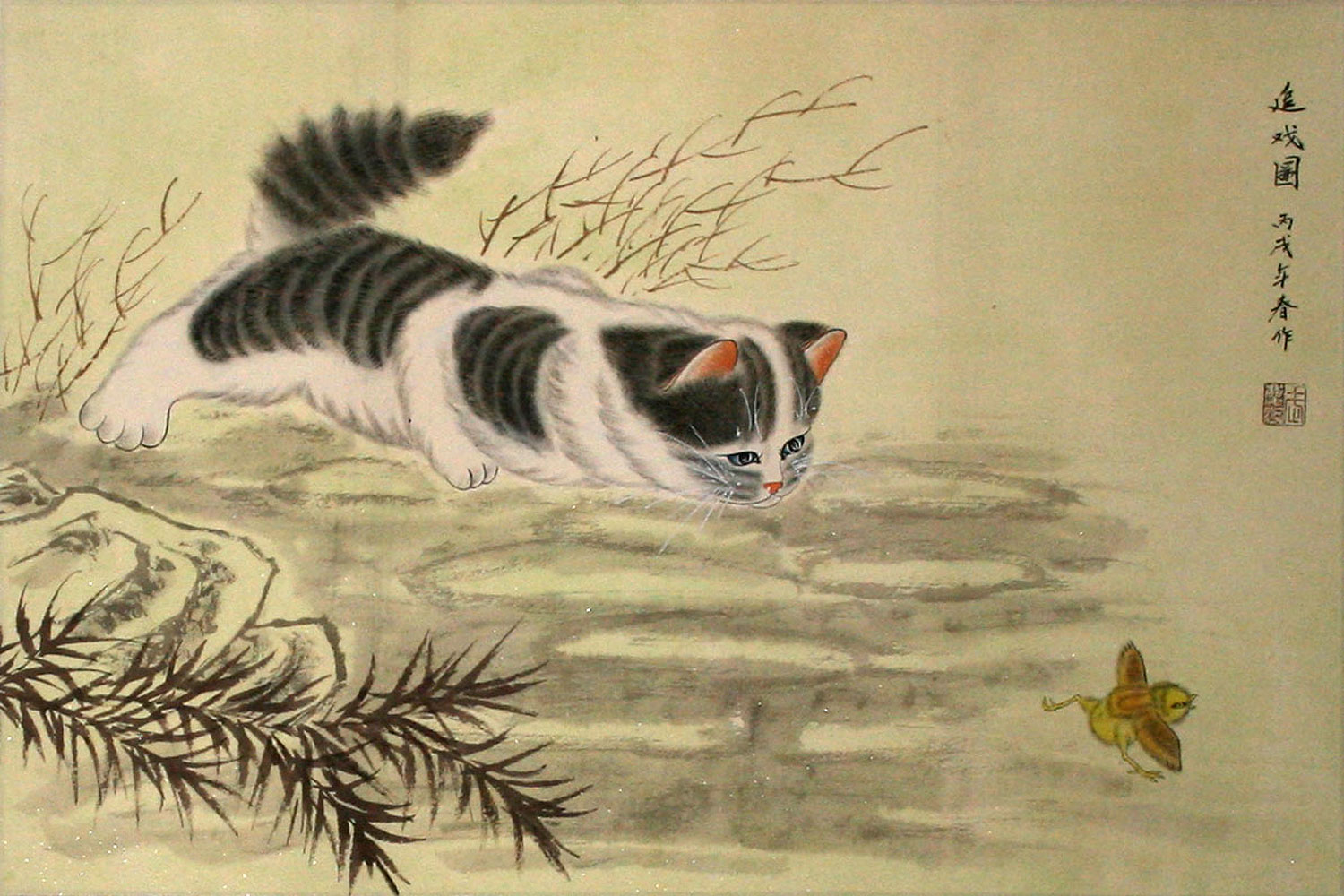 A nice painting for a cat-lover, but not for a bird-lover. This frisky feline is moments away from making a meal of a little bird.

This is about the moment when the cat's owner yells, "Bad cat!". But then feels a sense of pride that thier little feline friend's natural hunting instincts are still intact.

I asked the artist for some kitten artwork that was of nice quality, but not so elaborate that people could not afford it. This is one of the results of affordable cat and kitten fine art.