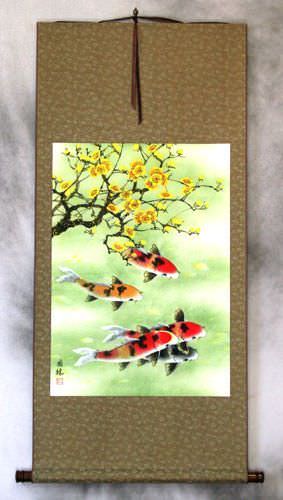 Information about caring for your wall scroll
Price Reduced!!! 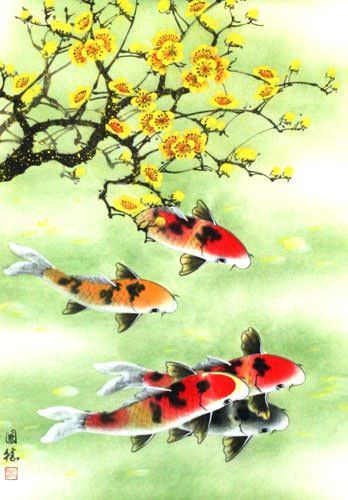 This is a beautiful combination of koi fish and plum blossoms, mounted to a nice handmade Asian wall scroll.

You simply can't appreciate the beauty of this piece in the small picture on this web page.