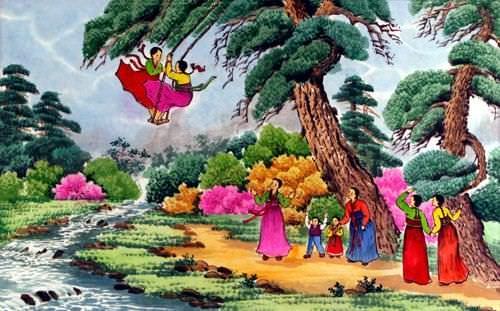 Happy Times on a Tree Swing in North Korea

This painting depicts some North Korean girls swinging high over the edge of a river.

Everyday is Fun at the Ranch
Chinese Art Scroll