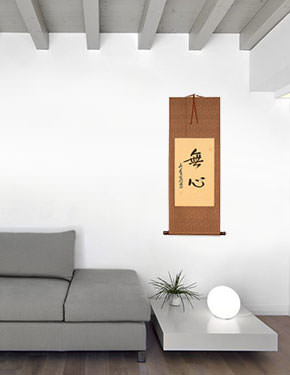 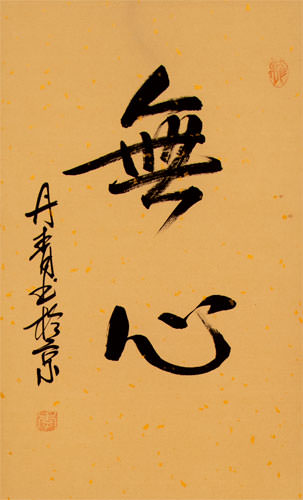 This is one of the five spirits of the warrior (budo) and is often used as a Japanese martial arts tenet. Under that context, places such as the Budo Dojo define it this way: "No mind, a mind without ego. A mind like a mirror which reflects and dos not judge". The original term was "mushin no shin", meaning, "mind of no mind". It is a state of mind without fear, anger, or anxiety. Mushin is often described by the phrase, "Mizu no Kokoro", which means, "mind like water". The phrase is a metaphor describing the pond that clearly reflects it’s surroundings when calm, but whose images are obscured once a pebble is dropped into its waters.