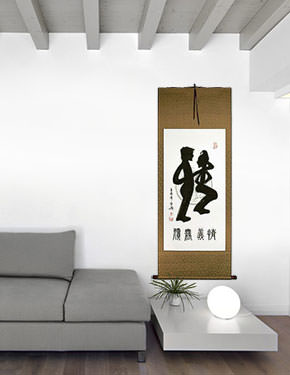 This artwork was discounted because of a wrinkle. 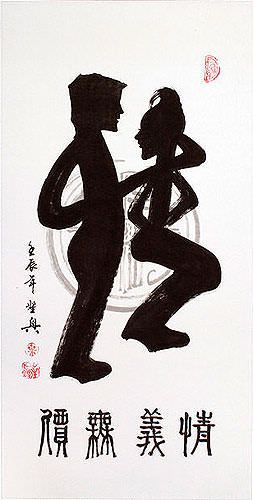 This is a very unique form of calligraphy. In this case, it is two people in love.

This is actually the Chinese character for "sentiment/affection/love/passion" that has been made to look like two people in love. The character is pronounced "qing" (like sounds like "ching") in Mandarin.

Down at the bottom, there is a large inscription that says:

Which basically means "love/passion is priceless".