• Delivered to you in Ashburn by May 26th.
• Standard shipping is just $3.80 for any order.
• Handmade Wall Scroll.
• Money-Back Guarantee. 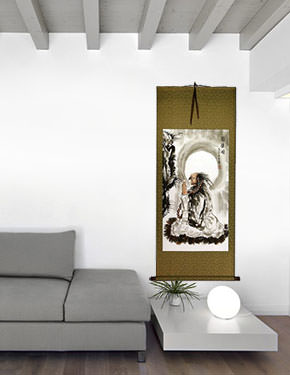 Damo Faces the Wall in Meditation 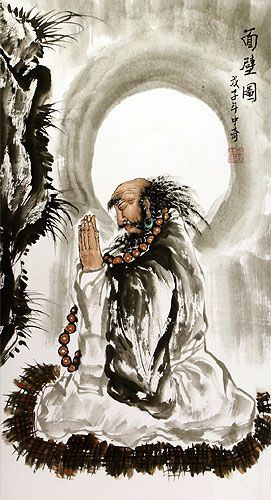 This wall scroll features Damo or Bodhidharma, the Indian monk credited with founding the Chan (or Zen) tradition of East Asian Buddhism.

Here, he is featured facing a wall in deep meditation. Some legends about him suggest that he meditated for several years staring at a wall in a cave, and finally found enlightenment (becoming a liberated person).

(Zhong Qi) from near Guilin, China.