• Delivered to you in Ashburn by Feb 8th.
• Standard shipping is just $3.80 for any order.
• Handmade Wall Scroll.
• Money-Back Guarantee. 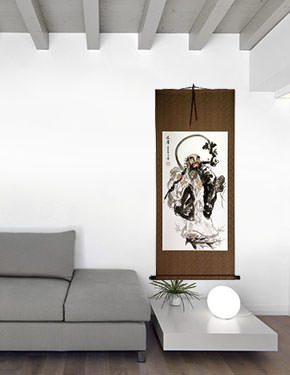 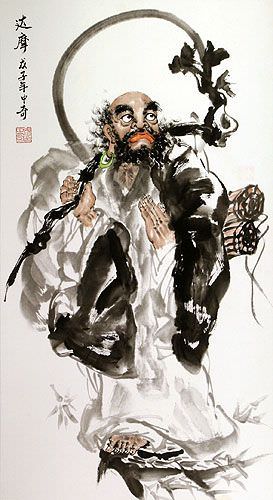 It's generally believed that Da Mo (or Dharma) directly went on to establish "Chan Buddhism" in China. When this form of Buddhism hit Japan, it became known as Zen Buddhism (Chan is the Chinese pronunciation of the same Kanji character known as Zen in Japan).

(Zhong Qi) from near Guilin, China.