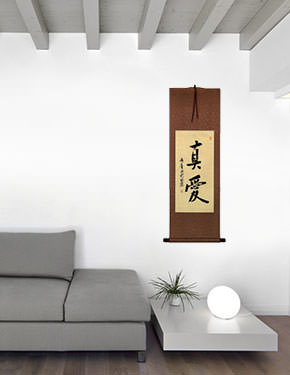 This wall scroll says, "True Love". The first character means, real, genuine, and true. The second is love (generally read as the romantic kind of love, especially with matched with the first character).