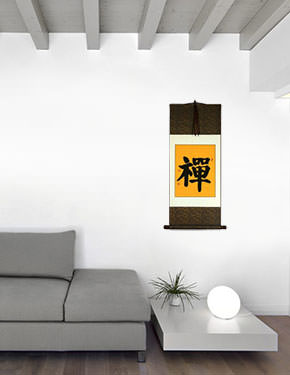 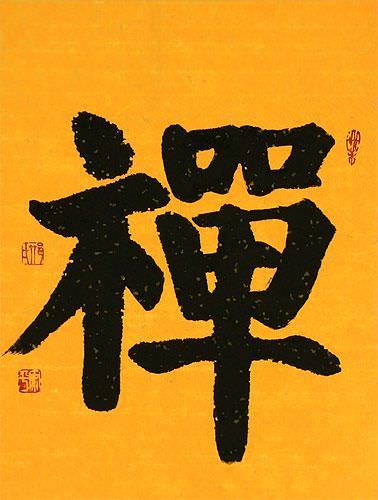 This particular calligraphy is done in Kaishu (Regular Script). This style features bold and crisp strokes. It's written on Buddha-Orange xuan paper, etched with a golden pattern. This orange color is used almost exclusively for Buddhist-related Japanese and Chinese calligraphy.

Painted by Master Calligrapher Xing An-Ping (a Buddhist himself who passed away in 2017).

To create this art, Xing An-Ping used special Chinese ink on Buddha-orange gold-etched xuan paper (rice paper). The raw calligraphy was then taken to our mounting shop in Beijing where some of the best mounters in China laminated this to more sheets of xuan paper and mounted it as a beautiful silk brocade wall scroll.