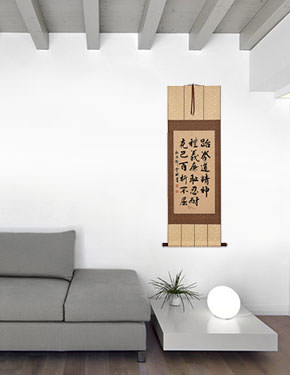 This is General Choi's writing that is often called "The Tenets of Taekwon-do". The actual title would be translated as, "Taekwondo Spirit" or "The Spirit of Taekwondo". It was originally written in Korean Hanja (Chinese characters used in Korea for about 1600 years).


Pronunciation info for these characters: