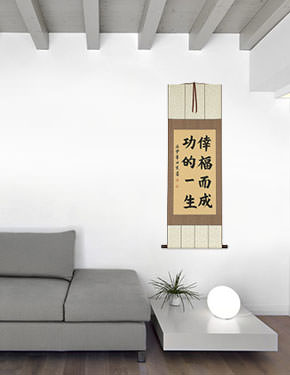 The style of these characters is "Kaishu" (regular script).