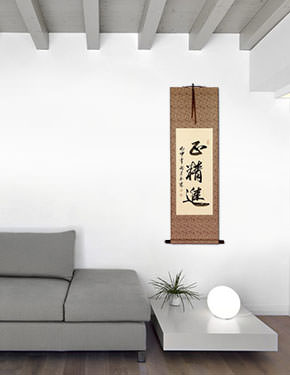 正精進 is one of the Noble Eightfold Paths of Buddhism. Right Effort, along with Right Mindfulness and Right Concentration constitute the path to Concentration or Perfect Thought.

Note: This term is exclusively used by devout Buddhists. It is not a common term, and remains an unknown concept to most Japanese and Chinese people.