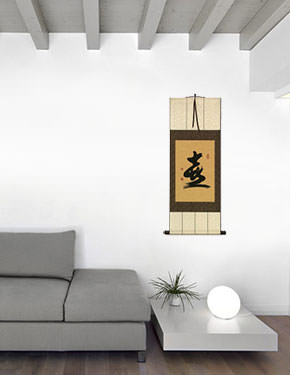 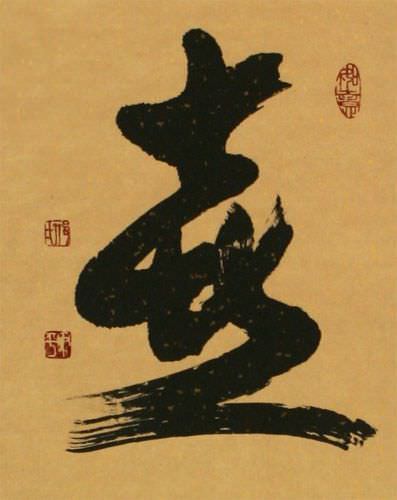 The regular script style of this character looks like this:

However, the style written on this wall scroll is the "flowing cursive" or "running grass script" style which can look like this:

This Chinese Character and Japanese Kanji means Spring, and in some cases refers to something green, new, young, or fresh.

Springtime on the River
Boats and Landscape Painting