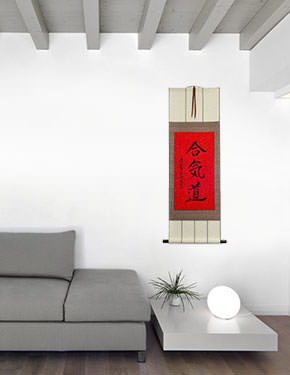 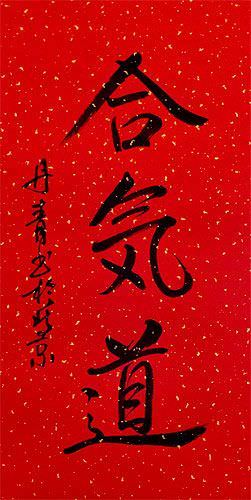 This is a special edition with red paper and my signature style. It has ivory silk brocade panels with accent lines at the top and bottom, along with a copper-colored silk brocade inner-frame directly around the calligraphy panel.