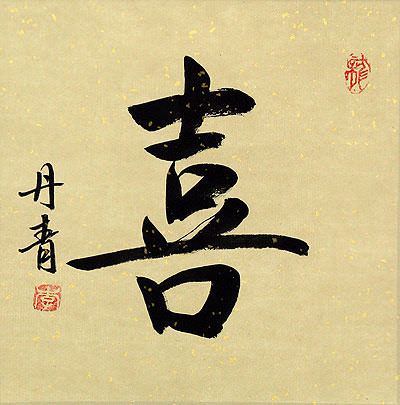 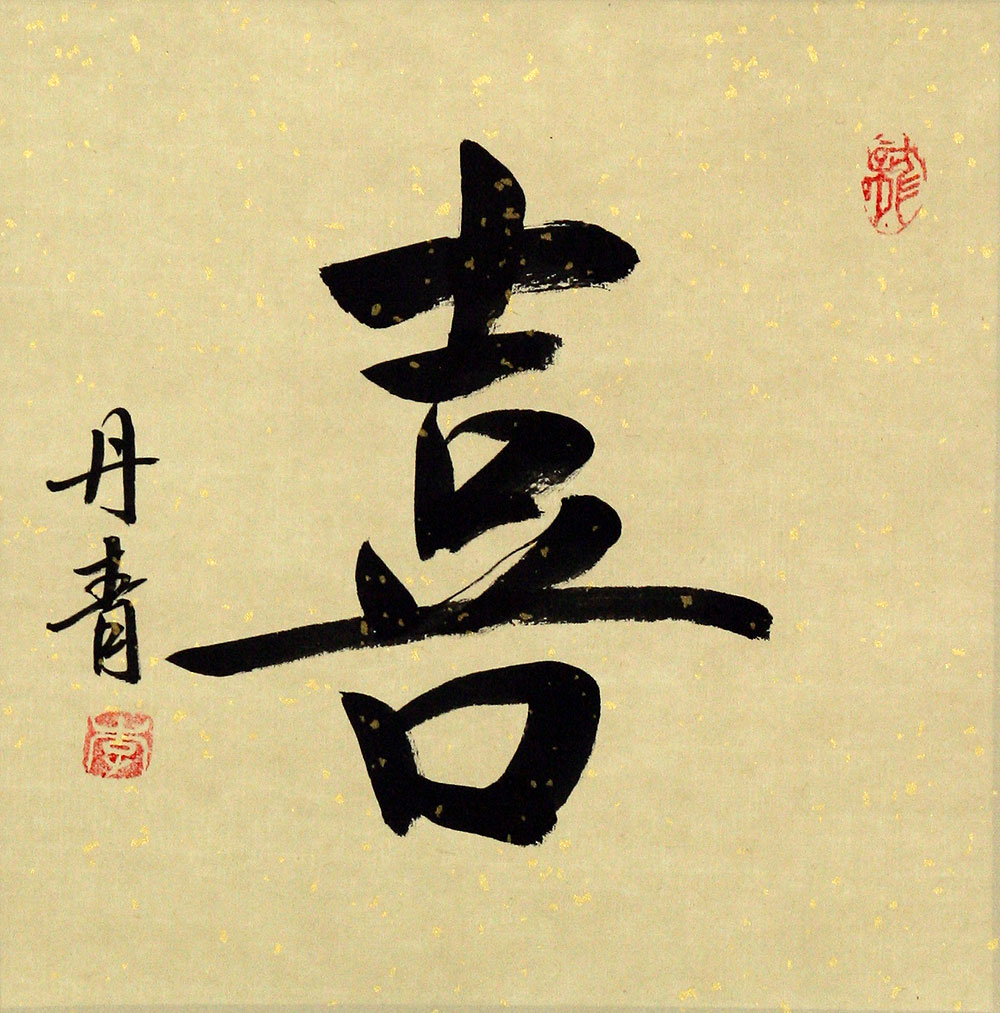 This Chinese character is "xi" which is similar to the idea of being joyful, or being so happy that it you are almost overflowing with joy and perhaps laughter too.

Hopefully, it will inspire you to bring happiness into your home when you frame this and put it on your wall.