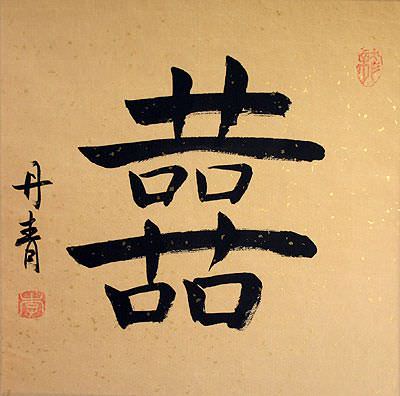 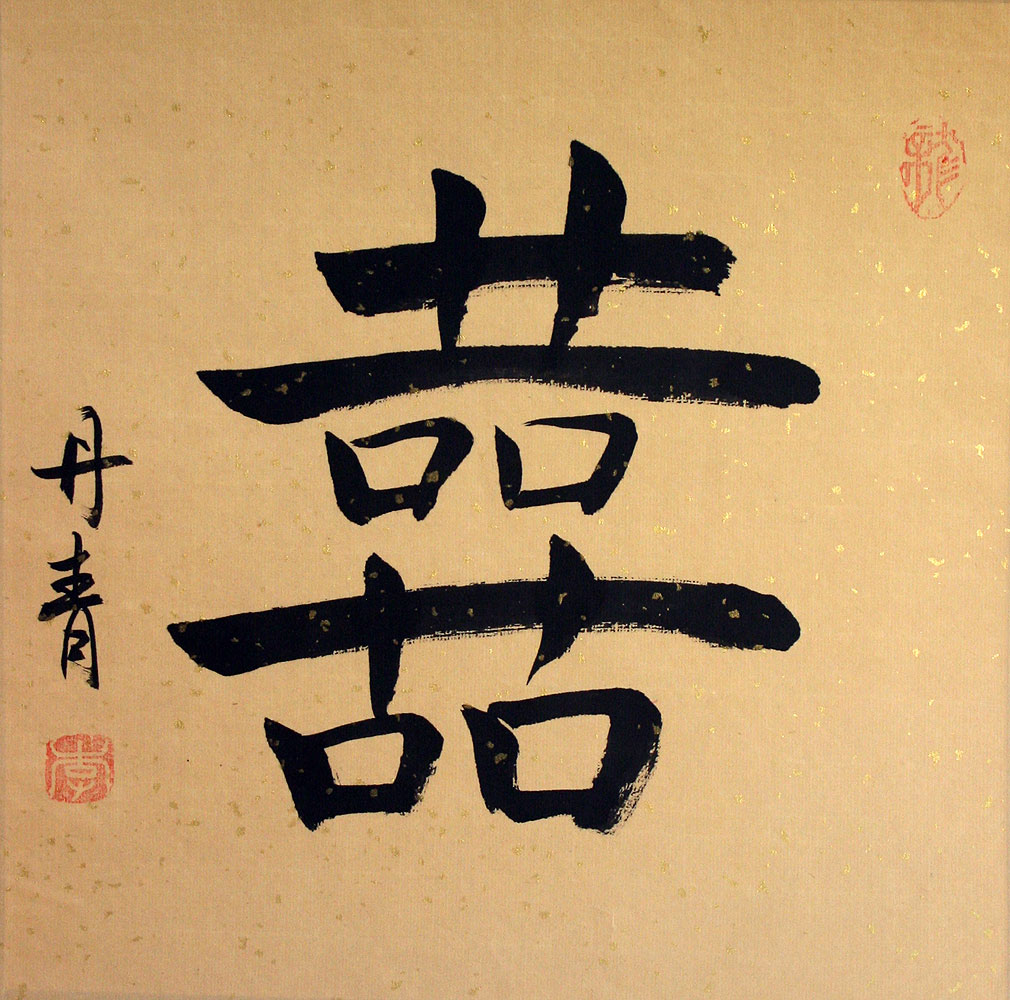 We can have a custom Double Happiness wall scroll created for you...

If you are looking for something very special, we also have investment-quality calligraphy available from a famous master-calligrapher in Beijing for an additional $40 fee.

Customize and personalize a Double Happiness painting or wall scroll