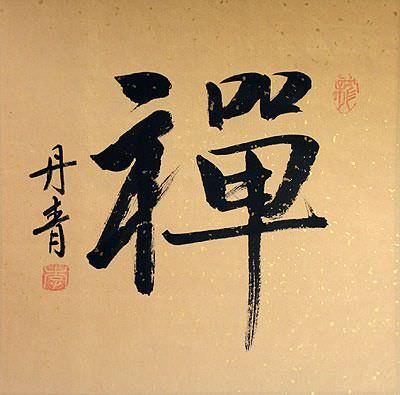 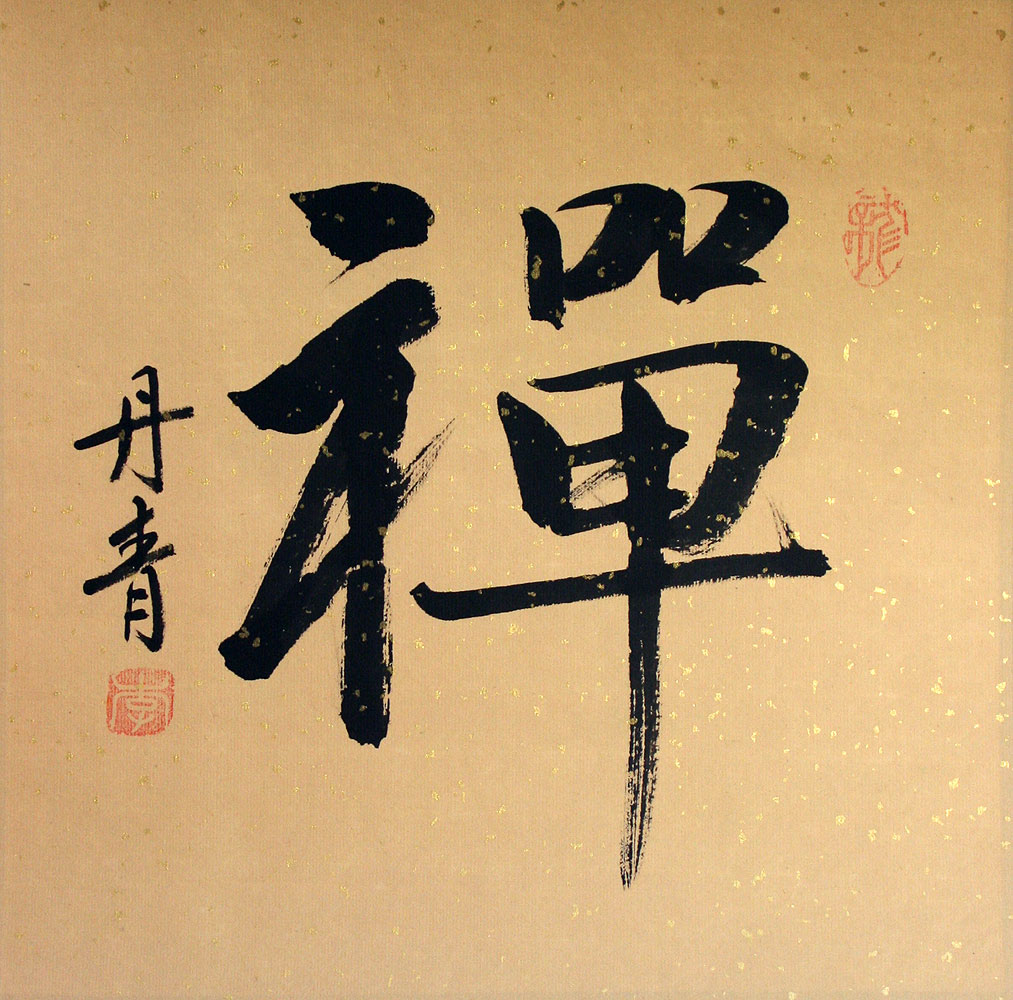 The form written on this painting is one of a couple alternates used in China and Japan:

This form is now the official Simplified Chinese version, but this form has existed for over a thousand years.

This calligraphy was created by Li Dan-Qing of Beijing, China. Materials are xuan paper (known in the west incorrectly as "rice paper") mounted as a portrait with silk brocade border.