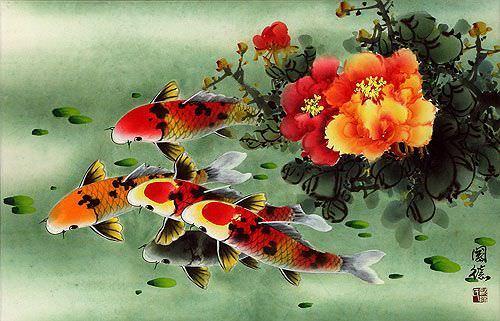 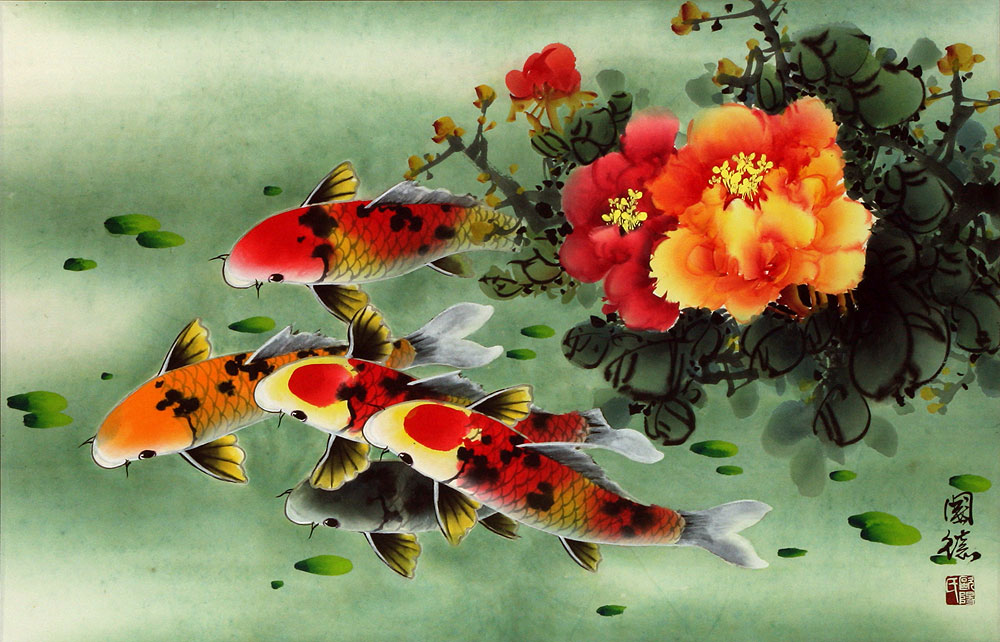 • Delivered to you in by Apr 20th.
• Standard shipping is just $3.80 for any order.
• Unique Hand-Painted Art - Limited Supply.
• Money-Back Guarantee. 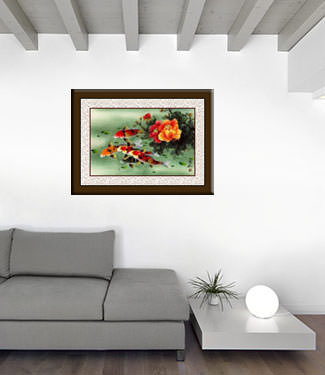 The brief history of koi fish:

For hundreds of years, several types of carp were raised for food in Asia. Somewhere along the way, fish farmers discovered that if you cross-breed different types of carp, the hybrid offspring could have amazing color variations. So about 200 years ago, the practice of raising these colorful fish became very popular in Japan and China. The word "koi" is actually the Japanese word for this type of fish. In China they are called "Jin Li" which can be translated as "colorful-shiny carp" or "brocaded carp". For whatever reason, "Koi Fish" has become the most common term in English for these beautiful fish. 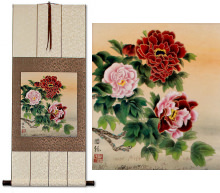 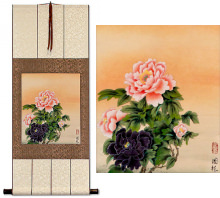