Buy a wall scroll with Mark in Chinese or Japanese.

Learn how the name Mark is written in Chinese and Japanese. Decorate your home with a cool wall scroll that says Mark.

2. Mark the boat to find the lost sword / Ignoring the changing circumstances of the world

安琪兒 is the most common transliteration to Mandarin Chinese for the name Angel.

It is supposed to sound like Angel but to be honest, this one misses the mark.

I would go with the meaning of Angel if I were you.

安赫爾 is another common transliteration to Mandarin Chinese for the name Angel.

This one misses the mark too - It uses a hard "H" sound to simulate the "J" sound of the "G" in this name. I don't know who transliterated these first and how it became the standard.
Again, I recommend using the meaning of Angel above.

If anything, this is the more masculine form of Angel. 安赫爾 is also the form commonly used for the masculine Latin name Ángel.

刻舟求劍 is an originally-Chinese proverb which serves as a warning to people that things are always in a state of change.

Thus, you must take that into account, and not depend on the old ways, or a way that may have worked in the past but is no longer valid.

This idiom/proverb comes from the following story:
A man was traveling in a ferry boat across a river. With him, he carried a valuable and treasured sword. Along the way, the man became overwhelmed and intoxicated by the beautiful view, and accidentally dropped his prized sword into the river. Thinking quickly, he pulled out a knife and marked on the rail of the boat where exactly he has lost his sword.

While this man may seem foolhardy, we have to take a great lesson from this parable: Circumstances change, so one should use methods that can handle the change. In modern China, this is used in business to mean that one should not depend on old business models for a changing market.

This means "Happy Golden Anniversary" and is a great gift for a couple who is celebrating 50 years together.

This is a nice title to use with an inscription. You could request something like, "Happy 50th Anniversary Mr. and Mrs. Smith", to be written down the side of this title, in smaller Chinese characters.

馬克 is the name Mark in Chinese (Mandarin).

馬克安東尼 is the name Mark-Anthony in Chinese (Mandarin).

マーク is the most commonly used version of the name Mark in Japanese.

マルコ is another way to write Mark in Katakana (phonetic Japanese).

マルコ is often the way the book of Mark is written when referring to the Japanese Bible. This version is also sometimes used for the name Marco.

This is the compound name Mark-Anthony in Japanese.

The number one
yī
ichi
일

People keep searching for "one" but I'm not sure what you want. This would be a strange selection for a wall scroll, so please don't order it. Post a request on our forum if you want a phrase with "one" in it that you can't find on our site.

The "one" character is really simple, it's just one stroke. Two is two strokes and three is three strokes, from four and above, the characters get more complicated.

In some ways, the "one" character is too simple, it could be a stray mark, or added to a banking document. Therefore, the following banking anti-fraud character for "one" have developed over the last 1500 years in China and Japan:

銘記 means to keep in mind, to take note of, or simply to remember, in Chinese characters and Japanese Kanji.

The first character means to engrave, to inscribe, or to carve an inscription.

The second character means to remember, to note, mark, sign, to record, history, chronicle, or annals.

When used in the context of a person, this means to engrave on the heart, or to inscribe a memory in one's mind. In short, it's the idea of deeply remembering something, some event, or someone forever. 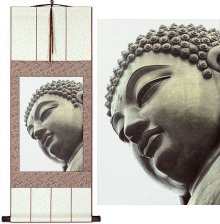 Mark Zuckerberg's Chinese Girlfriend, Netizen Reactions ... Chinese netizen reactions to Facebook CEO Mark Zuckerberg having a Chinese-American girlfriend.
... I even thought "Facebook" was the name of a book...

Chinese porcelain marks - NO CONTENT Mistake "CHINA" mark, either genuine and then from the Guangxu /Early Republic ... the mid-50's, but traditional characters are often used in mainland China for shop names...

Symbols of the Four Evangelists AD illustration of the evangelist Mark and his symbol, from The British Library; The Book of Durrow - images of a lion and of the Evangelist; ca. 675 AD; now in...