• Delivered to you in Ashburn by Feb 1st.
• Standard shipping is just $3.80 for any order.
• Hand-Painted Artwork - Each one is unique.
• Handmade Wall Scroll.
• Money-Back Guarantee. 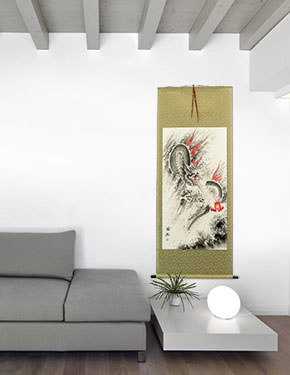 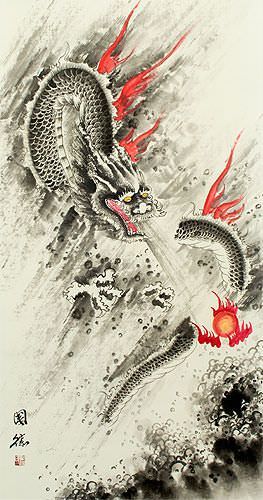 This is a very cool antique-style dragon wall scroll. The dragon is painted handmade xuan paper.

Note: The traditional xuan paper this is painted on is handmade. You may see some husks or artifacts pressed into the paper.