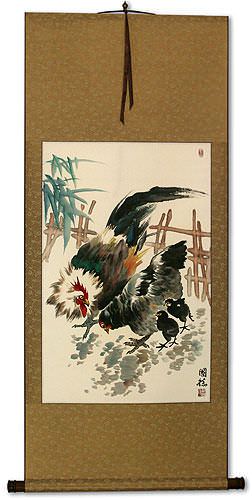 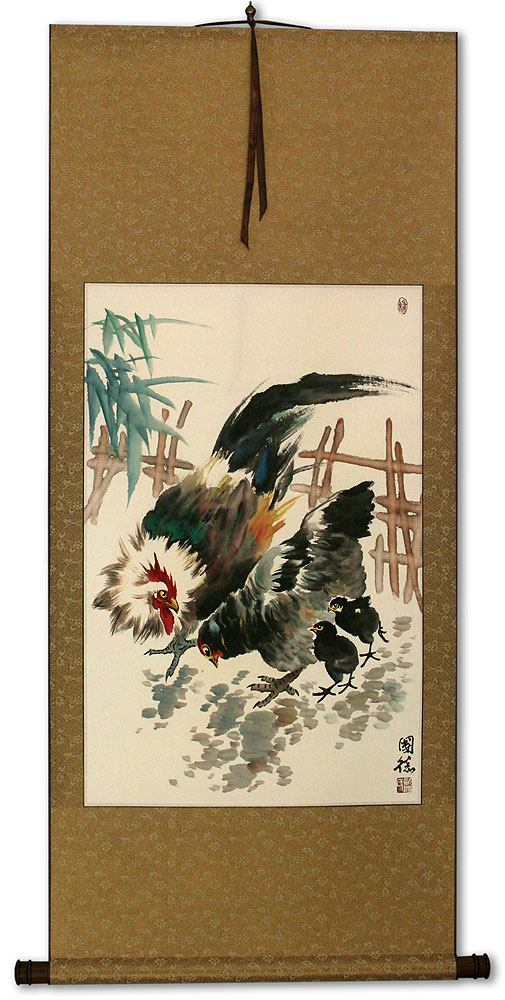 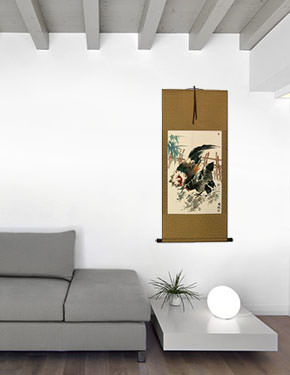 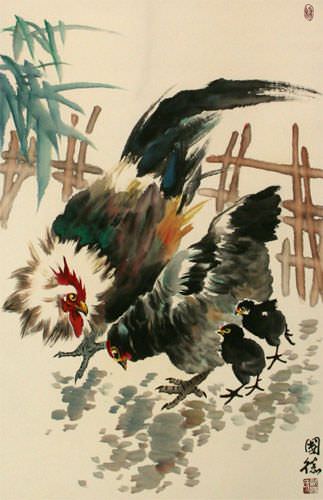 If you love Chickens and Roosters, this wall scroll is for you.

The artists did a very limited series of five wall scrolls like this. We may ask for more from him if they sell well, or this could be a one-time, one-of-a-kind deal.