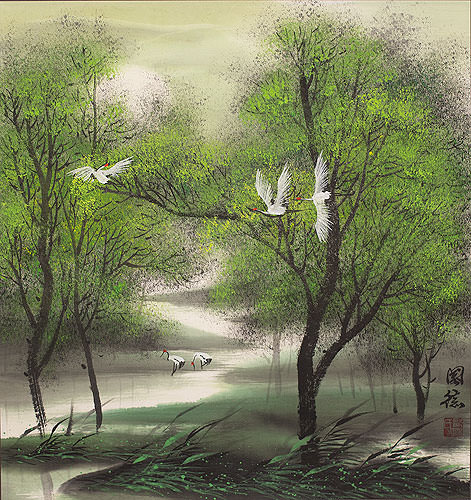 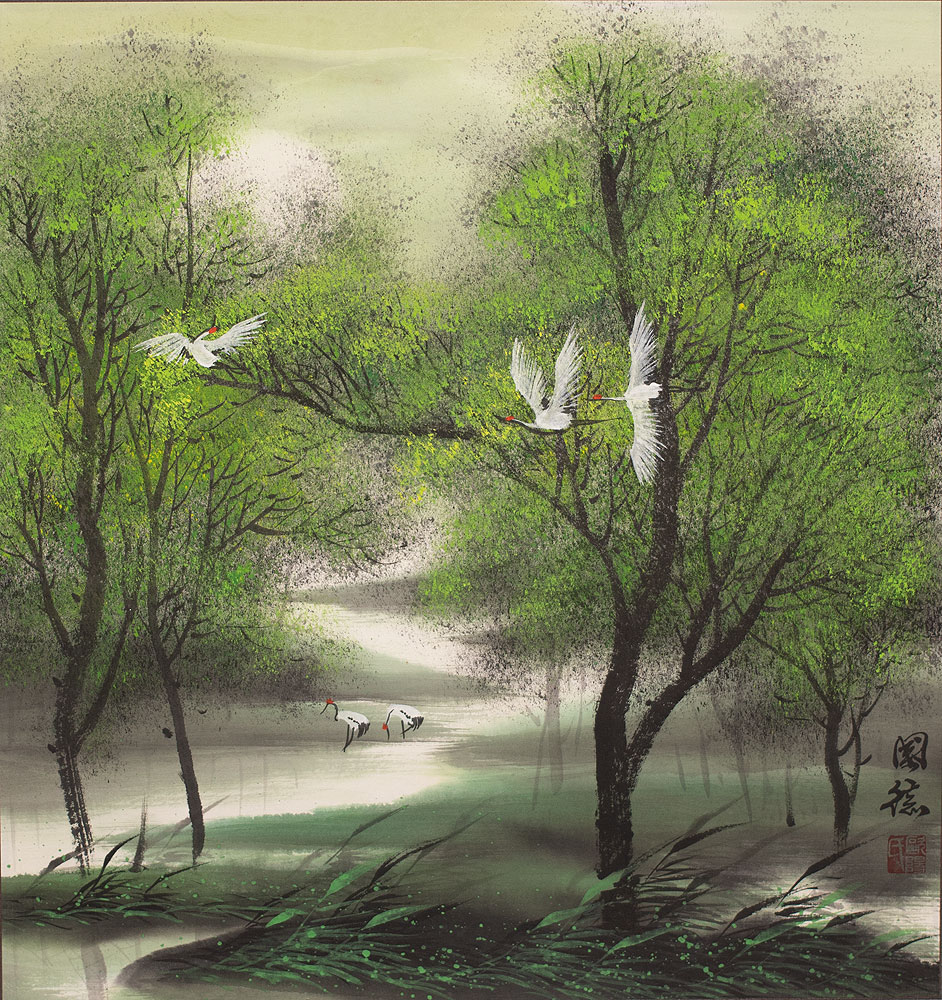 • Delivered to you in Ashburn by Sep 29th.
• Standard shipping is just $3.80 for any order.
• Hand-Painted Artwork.
• Money-Back Guarantee. 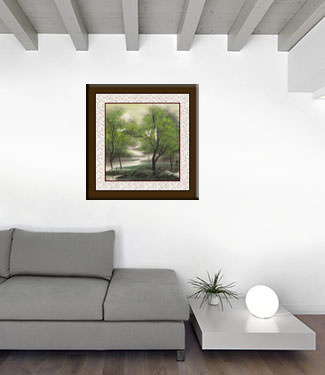 Cranes in the Jungle

This is a very colorful and detailed painting depicting several Asian cranes flying and wading in a jungle river scene - likely somewhere in southern China.