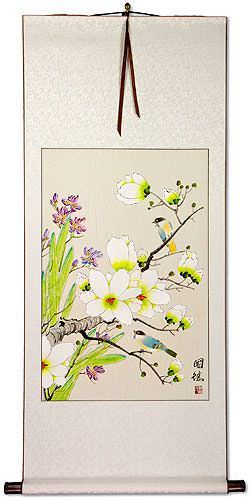 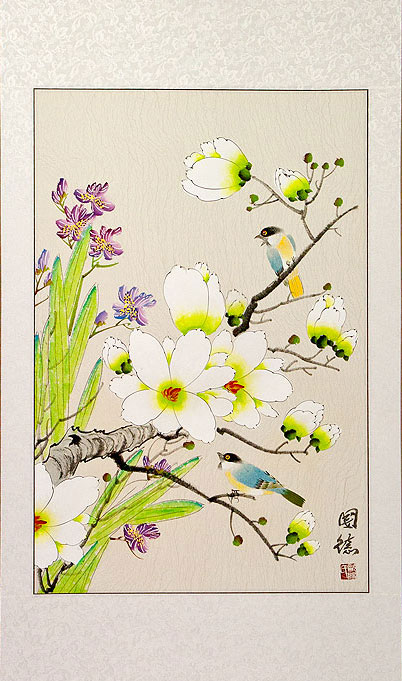 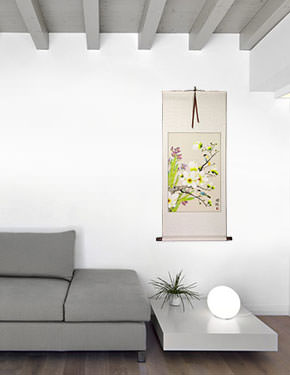 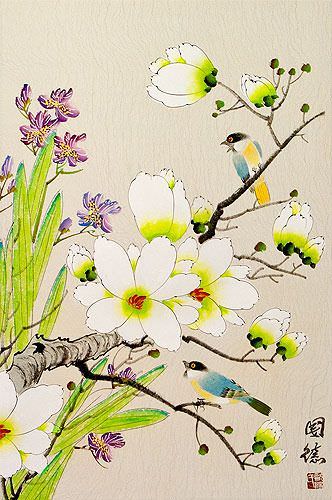 Note: This is painted on special watermark paper that has an interesting pattern in the background. It's handmade, so there are sometimes some husks or artifacts embedded in the paper. This will need custom framing. There is plenty of extra silk for you to trim the top and bottom down to your liking and have it custom framed.