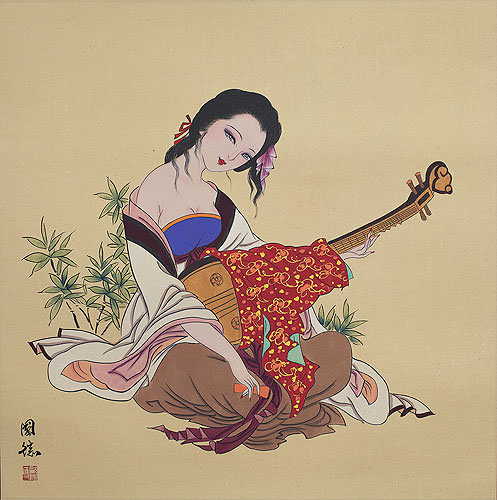 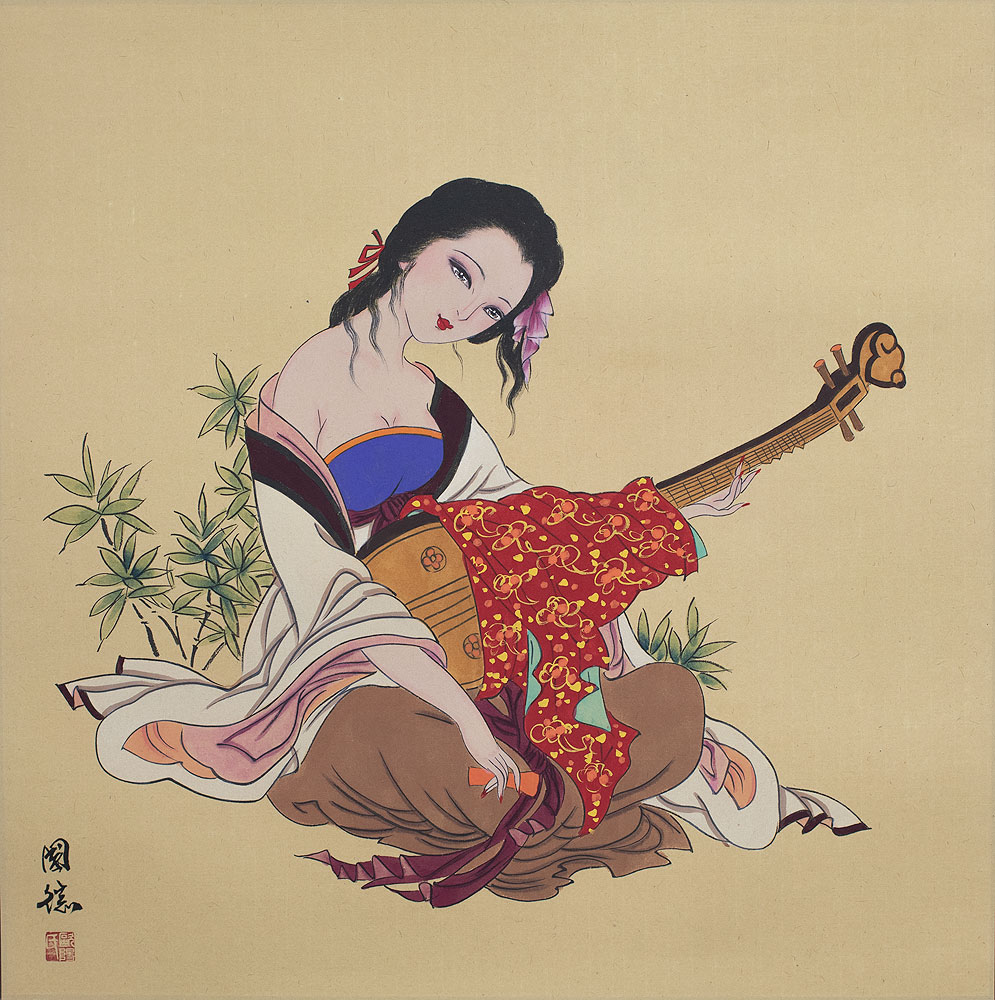 • Delivered to you in Ashburn by Dec 2nd.
• Standard shipping is just $3.80 for any order.
• Hand-Painted Artwork.
• Money-Back Guarantee. 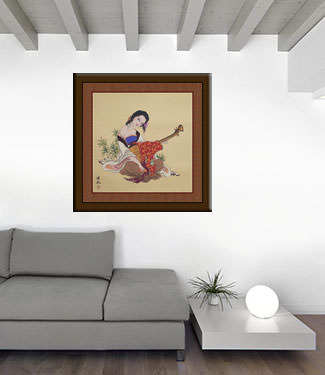 This is a very classic-style painting. You might expect this appearance from a painting that's 300 years old. But the artist painted it recently. It's done on special tea-stained xuan paper to give it an antique look.

The woman in this painting is playing an ancient Chinese

(pipa). It's a 4-stringed lute with a fretted fingerboard.