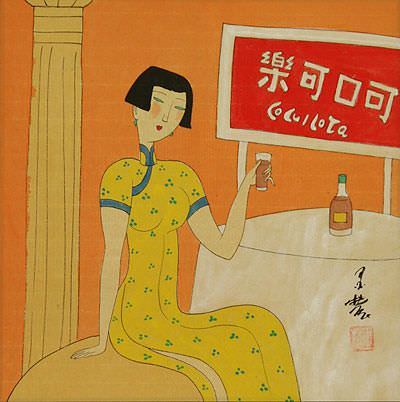 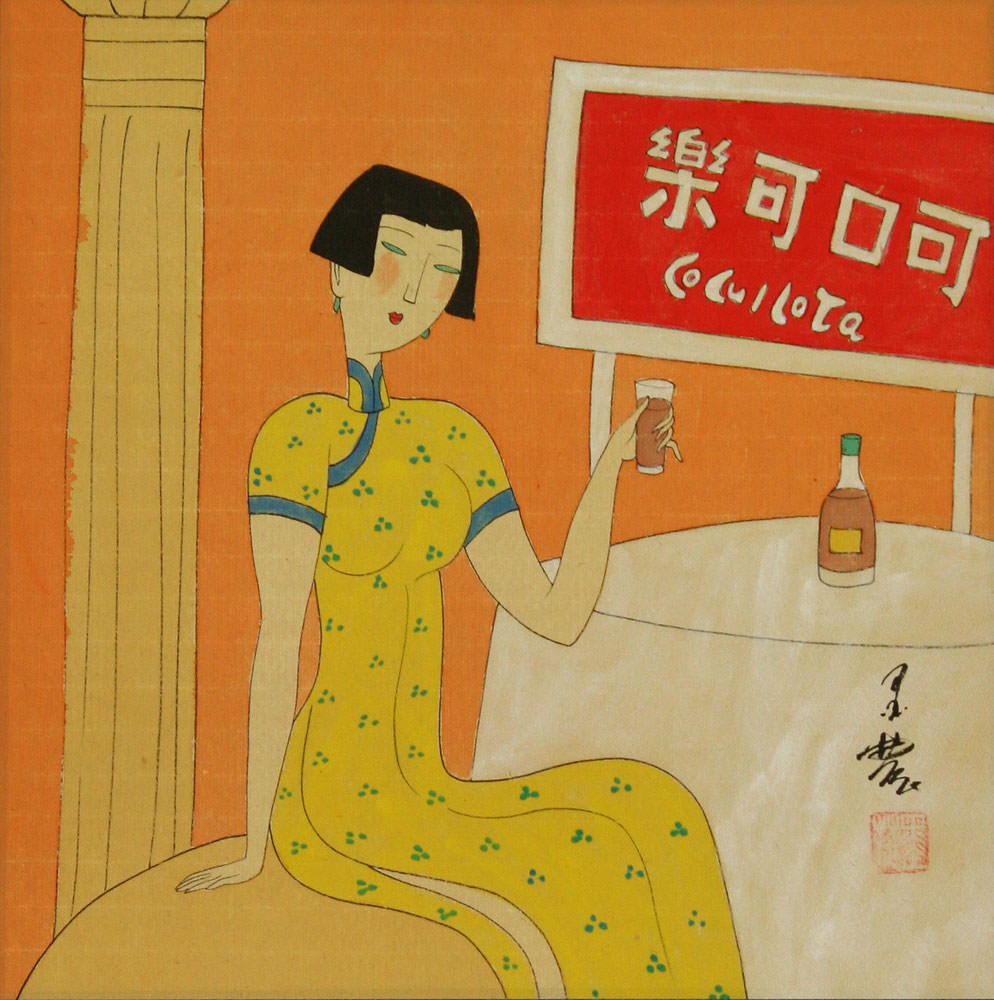 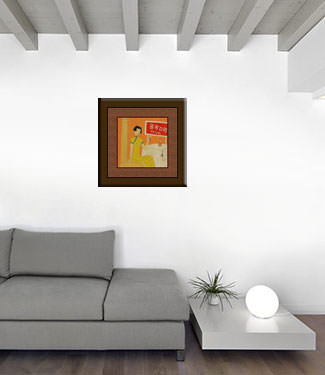 This painting features a Chinese woman drinking what I presume is supposed to be soda or Coca-Cola, based on the sign in the background. The sign does say "Coca-Cola" in Traditional Chinese from right-to-left. The English is a little bit misspelled but oddly, that's typical of signs like this in China. The whole scene leads me to believe this represents Shanghai in the 1920s or 1930s.