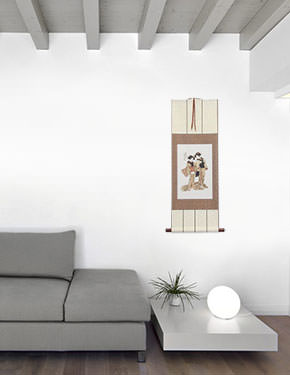 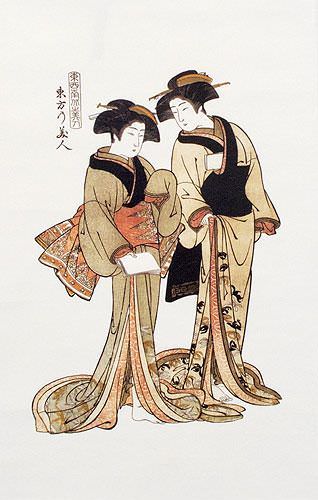 This features Onaka and Oshima, two beautiful and famous Geisha performers of the 18th century in Japan.

This is a fine art giclee reproduction of a very old Japanese woodblock print. This was made months ago, rather than centuries ago.