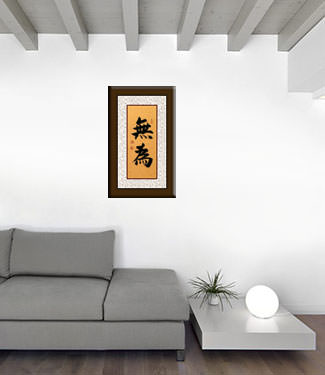 If you want to order custom Wu Wei artwork, you can order that here: Custom Wu Wei / Without Action

This is a ready-to-frame painting. With a little trimming of the silk border, this could fit a standard 11x24" frame nicely.