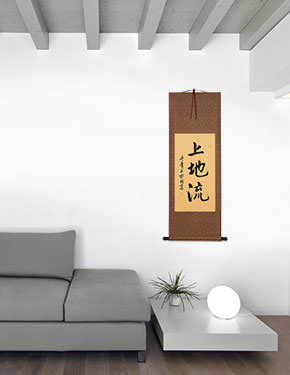 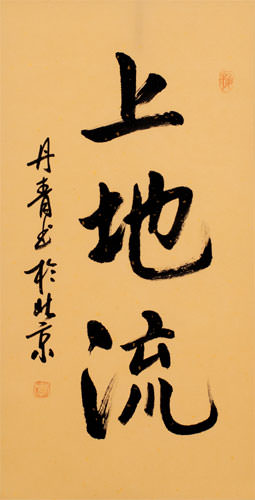 上地流 or Uechi-Ryū is the short name for a traditional style of Okinawan karate.

Uechi-Ryū is named after its creator, Kanbun Uechi. Uechi was an Okinawan man who left at the age of 19 for China to study Chinese martial arts and medicine.

The meaning of this title is "Uechi Flow", "Uechi Style" or "Uechi School". Although, the name 上地 or Uechi can mean "higher stages of practice" in the Buddhist context. Therefore, you can stretch the meaning to be "Higher-Stages-of-Practice Style".