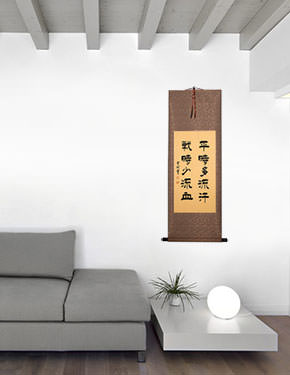 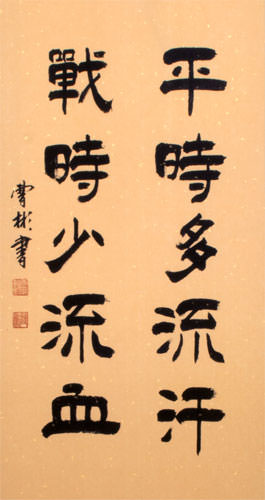 This calligraphy is done in the calligrapher's special "Official Script" or "Lishu" style. This is his favorite style, and the one he is famous for.