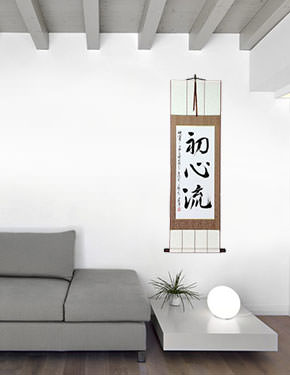 This calligraphy artwork also features an inscription that roughly translates as, "In the beginner's mind there are many possibilities, but in the expert's there are few".