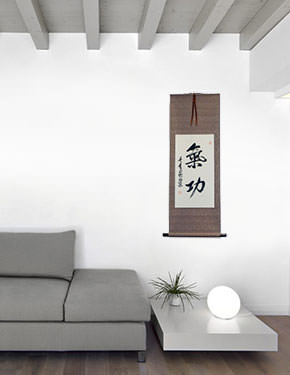 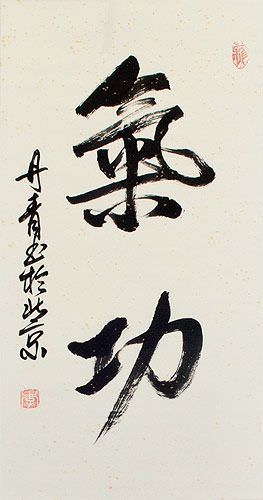 If you are wondering about why I wrote "Qigong" and "Chi Kung" as the title of this calligraphy entry, I should teach you a little about the various ways in which Chinese can be Romanized. One form writes this as "Chi Kung" or "Chikung" (Taiwan). In the mainland and elsewhere, it is Romanized as "Qi Gong" or "Qigong". The actual pronunciation is the same in Taiwan, mainland, and Singapore Mandarin. Neither Romanization is exactly like English. If you want to know how to say this with English rules, it would be something like "Chee Gong" (but the "gong" has a vowel sound like the "O" in "go").