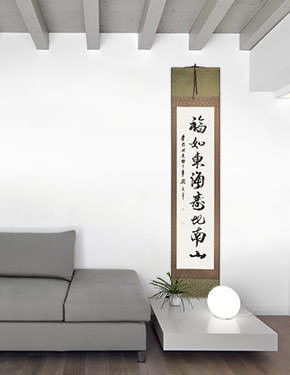 A wish for a long and prosperous life.

This is a phrase that means "May you have good fortune as great as the eastern oceans, and may your life last as long as the southern mountains".

In ancient Chinese mythology, the eastern oceans and southern mountains are where God resides (basically it is the same as saying "heaven"). So it's like saying, "May your good fortune and life be as vast as the heavens".