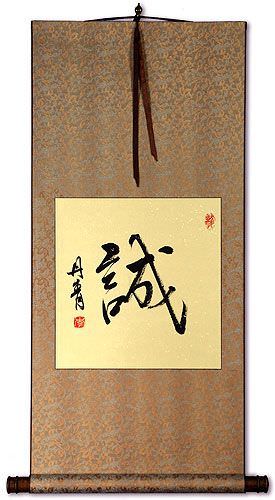 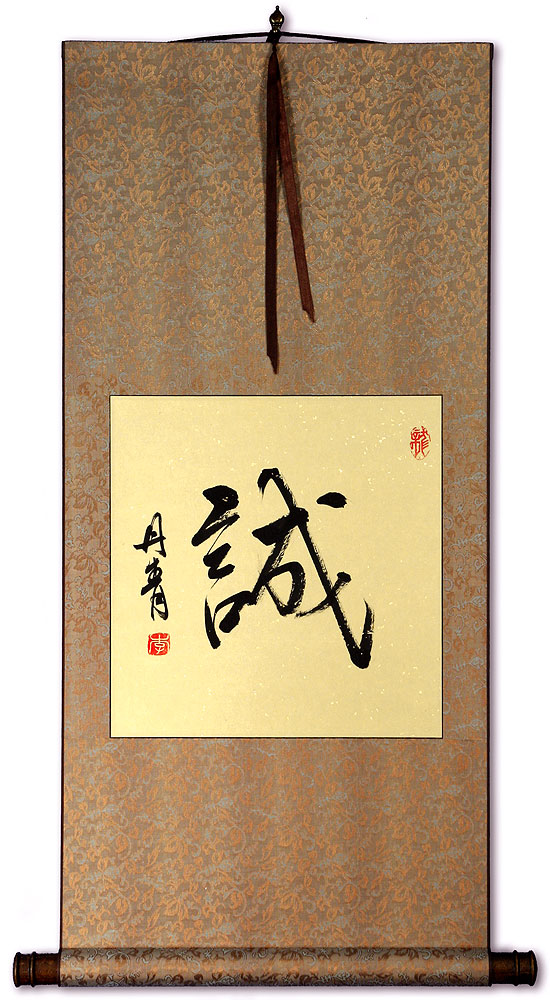 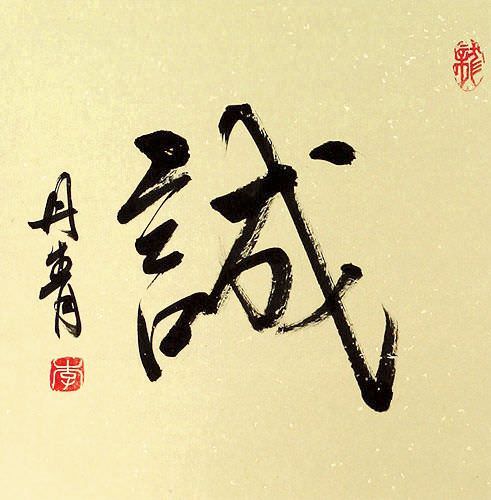 Pronounced chéng in Mandarin Chinese, and makoto in Japanese. Also used in Korea as 성.