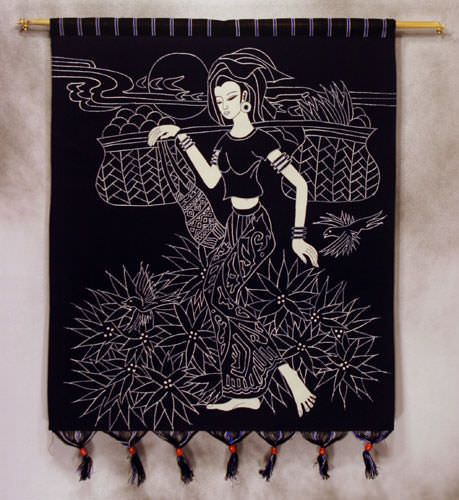 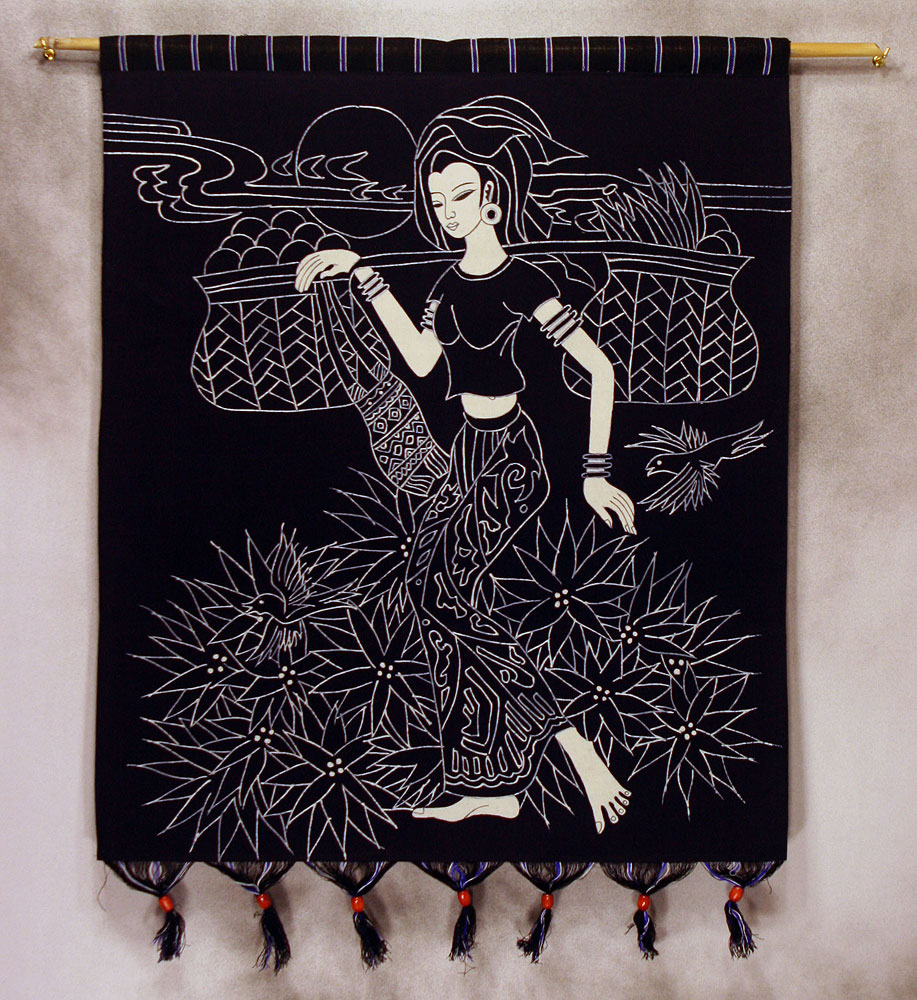 The woman in this batik is from one of China's 55 minority ethnicities, dressed in traditional clothing and headdress. She is carrying baskets of food to her small village home on her strong shoulders.