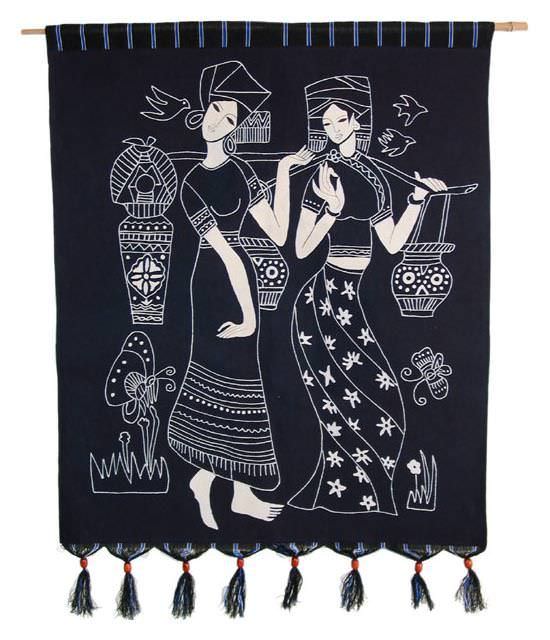 • Delivered to you in Ashburn by Feb 9th.
• Standard shipping is just $3.80 for any order.
• Last one like this. Unable to get more.
• Money-Back Guarantee.

This handmade batik features two beautiful women of southern China. They walk together carrying heavy jugs of water, balanced on their shoulders. Birds and butterflies flutter around them as they make their way home.

The women in this batik is from one of China's 55 minority ethnicities, dressed in traditional clothing and headdresses as they have done for hundreds of years, and still live the same way today.

This is a very traditional piece with highly skilled work with the "wax knife". It is ready to hang with the loomed cloth backing and fringe that has been sewn on. There is a sleeve at the top where you can put a stick or small bamboo shaft (not included).

Hanging Out in the Nude with Cat
Chinese Modern Art Painting

Hanging Out in the Nude with Cat
Modern Art Chinese Painting