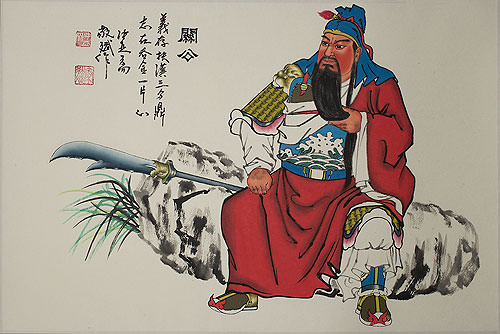 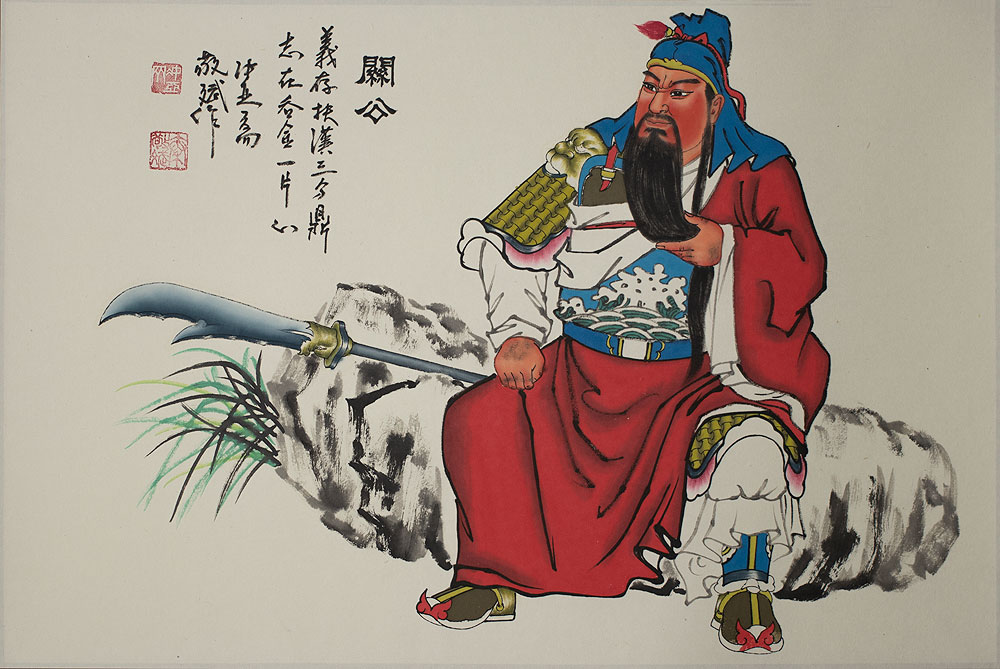 • Delivered to you in Ashburn by Sep 29th.
• Standard shipping is just $3.80 for any order.
• Money-Back Guarantee. 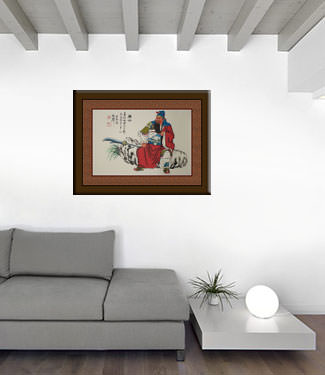 After you frame it, this warrior artwork will look great in your home or office.

This warrior's name is

or Guan Gong (at least that is what his friends call him). He was born with the name Guan Yu, but he earned the name "Gong" which is used to refer to a most respected person (You could also translate "Gong" as "Duke" in old English).

He is known not only for his status as a great warrior but also for being full of wisdom and knowledge.

He is the essence of what Chinese people call

or "yong" which means brave, courageous, and not afraid of difficulty.

Note: Along with the title, date, and artist's signature, this artwork contains a Chinese poem of sorts about Guan Gong's high esteem and abilities in both civil and military matters.

This is a very detailed painting. A lot of work went into this. It actually takes the artist about a half day to complete.