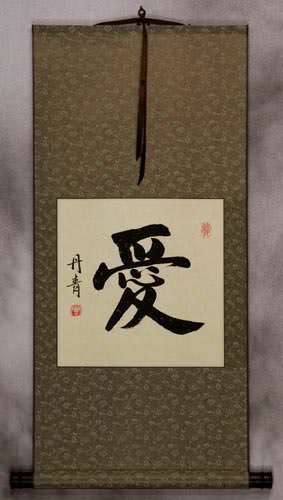 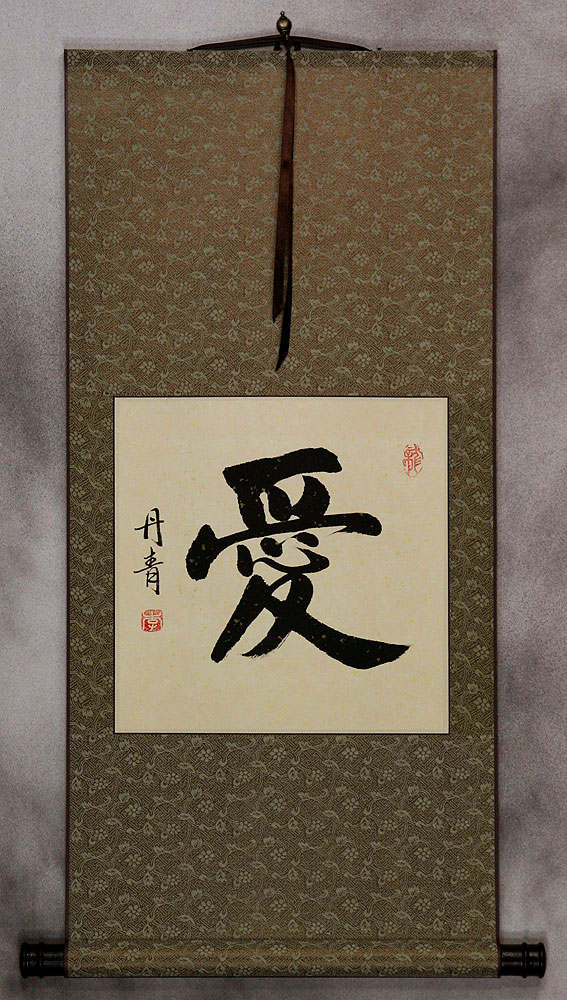 Traditional Chinese Characters often referred to as Hanzi in Chinese, Kanji in Japanese and Hanja in Korean (Chinese characters were commonly used in Korea until about 100 years ago).

So "love" carries the same meaning in all three cultures, it's just used more often in China and Korea.

In an interesting twist regarding this "love symbol", the word for love is pronounced "ai" (like "eye") in all three languages. The pronunciation of love was borrowed from Chinese along with the symbol of love itself.

If you want a quick education on Chinese character history, read below...

Finally, in about 221 B.C. the Qin Dynasty unified all of China. One of the Qin Emperor's goals was to standardize the writing system across all of his empire.
The official script was the second-generation of writing approved during the reign of Qin.