Enter your email below, and get an automatic notice when results for Life Energy Spiritual are added or updated...

This often gets translated as "Mind Sword Body", or "Spirit, Sword and Body as One". But I think these translations don't tell you enough about what this is really saying.

In this context, 気, which is the modern Japanese version of 氣, means spiritual and unseen energy or "life energy". In some cases, 気 can be translated as spirit, feeling, or nature. If defined as mind, it's more about invisible or intangible part of one's mind (or soul).

体 is the modern Japanese version of 體 meaning body.

The Kanji 一 means one, and in this case suggests "all in one". The Kanji 到 means to send, deliver, or convey. But together, 一到 suggests all these things in agreement, union cooperation, or in concert. 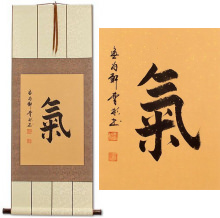 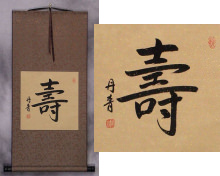