Personalize your custom “Herb” project by clicking the button next to your favorite “Herb” title below...

ハーブ is the name Herb in Japanese Katakana.

In Japanese, this means fragrant herb, and is often used as a given name romanized as Housou or Hoso.

Please note that in Chinese, this particular 2-character title suggests that you are talking about the medicinal herb derived from the stem of this flower/plant.

藏紅花 is the Chinese title for saffron (Crocus sativus).

The most valuable herb or spice, by weight, on earth. 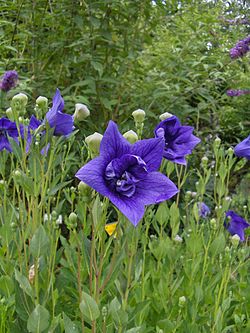 桔梗花 is the three-character version of this title, which clearly suggests that you are talking about the flower, and not the medicinal herb derived from this kind of plant.

茶 means tea. It can refer to prepared tea (ready-to-drink) or to dry tea leaves.

The origin of tea is China but the same character is used in Japanese Kanji, and old Korean Hanja with the exact same meaning. Japanese and Korean even borrowed the pronunciation from Chinese (pronounced "cha" in all three languages).

It's said that an early doctor (or herbologist) in ancient China kept poisoning himself as he tried different new herb concoctions. He invented tea as a means to detoxify himself as he recovered from 1 of the 76 times he nearly poisoned himself to death. Tea is seen not just as a drink but as a form of medicine used to remove impurities from the body.

The word "chai" (used in many languages to refer to various teas) is derived from this Chinese word.

茶 also means camellia, as Asian teas are often based on the leaves of camellia plant varieties.

6 people have searched for Herb in Chinese or Japanese in the past year.
Herb was last searched for by someone else on Oct 10th, 2021