Personalize your custom “Chi Kung” project by clicking the button next to your favorite “Chi Kung” title below...

Lately in China, people will claim to practice Tai Chi rather than Qigong because the Qigong title was recently used as a cover for an illegal pseudo-religious movement in China with the initials F.G. or F.D. (I can not write those names here for fear of our website being banned in China).

If you are wondering about why I wrote "Qi Gong" and "Chi Kung" as the title of this calligraphy entry, I should teach you a little about the various ways in which Chinese can be Romanized. One form writes this as "Chi Kung" or "Chikung" (Taiwan). In the mainland and elsewhere, it is Romanized as "Qi Gong" or "Qigong". The actual pronunciation is the same in Taiwan, mainland, and Singapore Mandarin. Neither Romanization is exactly like English. If you want to know how to say this with English rules, it would be something like "Chee Gong" (but the "gong" has a vowel sound like the "O" in "go").

Romanization is a really confusing topic and has caused many Chinese words to be mispronounced in the west. One example is "Kung Pao Chicken" which should actually be more like "Gong Bao" with the "O" sounding like "oh" for both characters. Neither system of Romanization in Taiwan or the Mainland is perfect in my opinion and lead to many misunderstandings.

內力 is the shorter version of inner-strength (can also be translated as "internal force"). The first character holds the meaning of "inner" or "internal". The second character means "power", "force" or "strength".

內力 is kind of a Kung Fu way of talking about an inner power or strength from within. 內力 is sort of a way to express "inner-chi". 內力 is clearly something that you might hear in a real Chinese Kung Fu movie.

While understood in both Chinese and Japanese, this can have a secondary meaning of "inner stress" in Japanese.

We have a forum entry that addresses the many ways to write sword. You can find that here: 100 Ways to Write Sword - Deciphering Ancient Seal Script 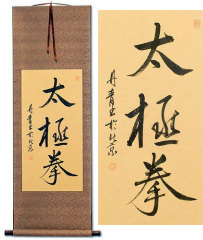 6 people have searched for Chi Kung in Chinese or Japanese in the past year.
Chi Kung was last searched for by someone else on Oct 10th, 2021