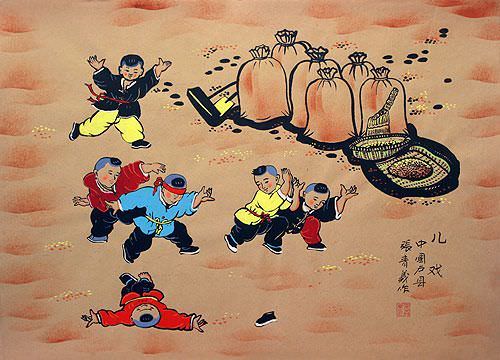 This painting features six boys playing about some harvest bags. The boys are all sporting haircuts from a bygone era, so perhaps this piece is a bit historical. One boy lays on the ground after losing his shoe in a tumble.