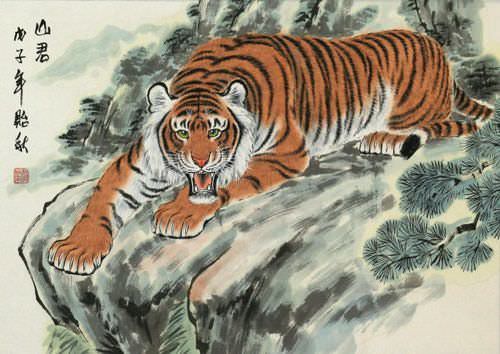 The Chinese title written on this painting means the monarch, king, or ruler of the mountains.

Other characters include the traditional Chinese way to express the year painted (2009) and the artist's name and personal red seal.