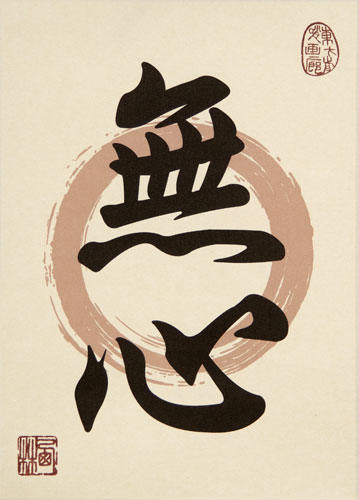 This beautiful Mushin print scroll features an Enso or Zen Circle in the background. 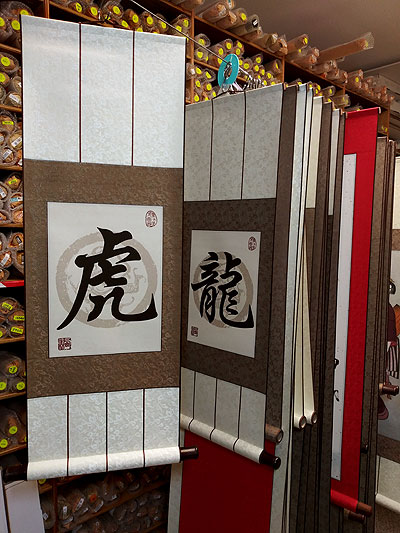 I felt like messing around with doing some giclée print calligraphy with various backgrounds. I came up with some layouts that I really like, and passed them around with my Chinese and Japanese friends who gave them rave reviews.

After giclée printing them on Japanese-made kozo paper, I sent the raw artwork off to Beijing to my workshop where they were built into wall scrolls by hand.

If you want a custom print scroll with your design, or other calligraphy, just contact me.