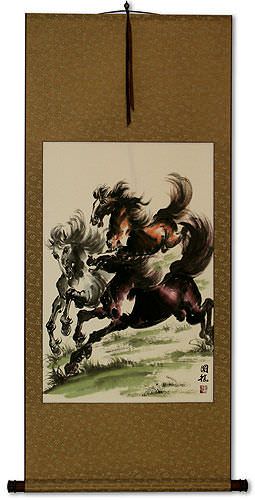 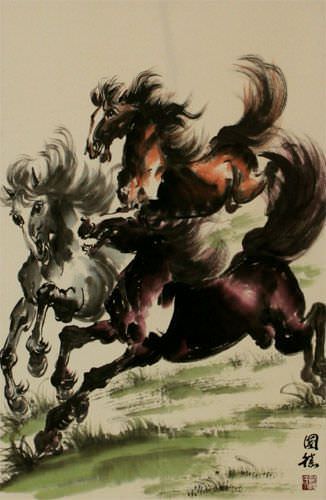 This is a nice free-hand-style painting. Softer and looser strokes are used to make this painting seem a little less formal, and add a certain flowing feeling. I like it because it's a painting that does not take itself to seriously.