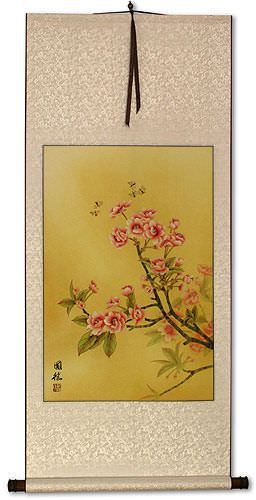 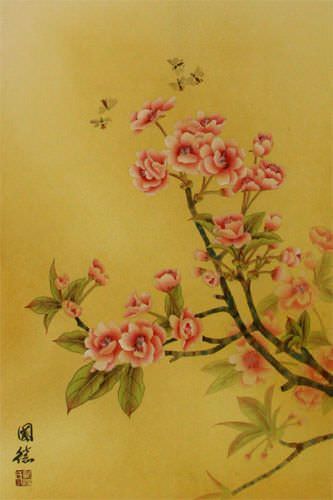 This artwork features not just one bee but several hovering above a bunch of flowers.