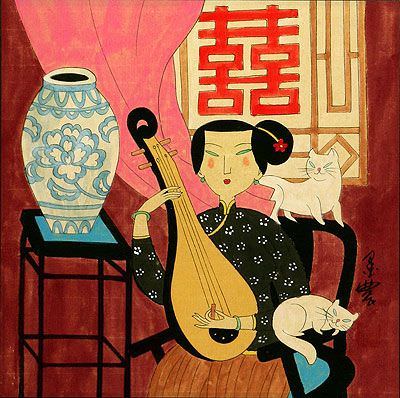 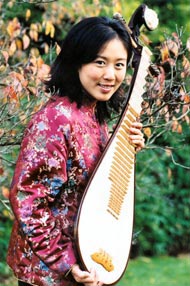 While this musical instrument has been around for almost 2000 years in China, this girl is obviously a bit younger.

This depicts a woman playing a traditional Chinese "pi pa" which is known as a lute in western countries.

Her two cats seem to enjoy the music as she sings and strums away into the evening while she awaits her husband's arrival.

In the background, a "double happiness" character hangs in the window. This is a famous symbol of a recent wedding in Chinese culture. We can presume she is a newlywed.