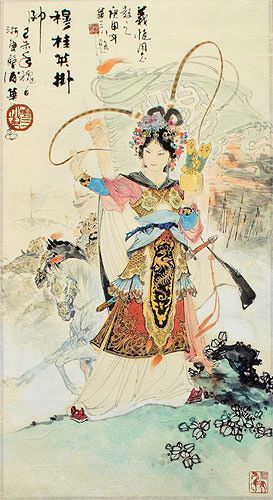 Eventually, the Song Army headed by the House of Yang were defeated by the Great Liao. There were great losses including five of the eight generals of Yang (all brothers).

Another general quit and went on a pilgrimage and eventually becoming a monk.

General Yang Yanzhao's teenaged son, Yang Zongbao was sent on a mission to seek out the daughter of a military tactician who was rumored to have the secret to breaking the Heavenly Gate formation.

Of course, General Yang Yanzhao's knew about the secret wedding, and his plan was to draw out Mu Guiying, and never to actually execute his son.

in China, she is as famous, or perhaps more famous than Hua Mulan (who is only known in the western world from the Mulan Disney movie). 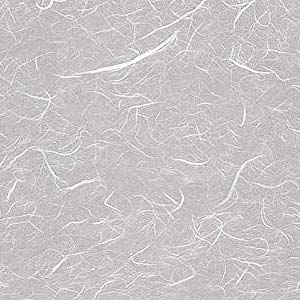 Because the white fibers are hard to see in the images above...
...Here is a slightly-exaggerated view of the Unryu paper.

This print was then taken to my mounting shop in Beijing where a hand-made silk wall scroll was created.
This wall scroll then flew with me from China to the USA and is now located at my San Diego, California gallery, ready to be shipped to you.
I paid a license fee to the artist for permission to produce this print. A hand-painted version would be priced at about $300.