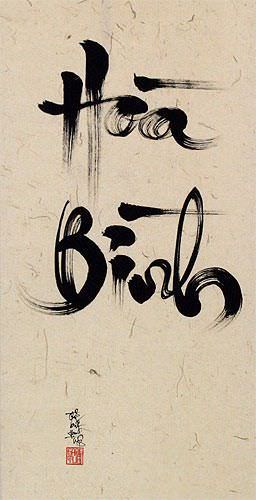 This can be translated as amicability, pacifically, mildness, "peace of mind" or "peace and harmony".

In modern Vietnamese, it's written "Hoà Bình". Separately, Hoà means "peace and harmony" and Bình means balance. It was originally written in Vietnamese as 和平 before romanization.