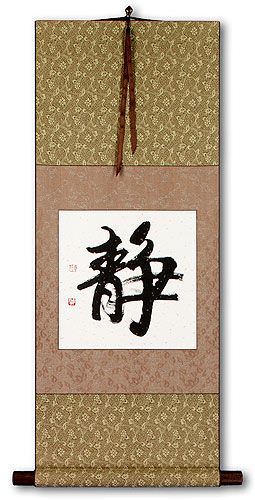 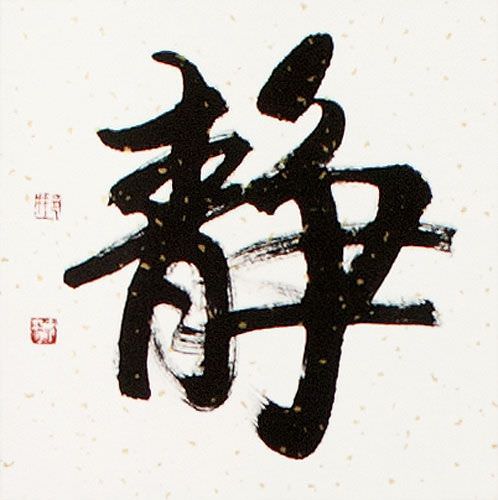 Looking for Inner Peace? Who isn't?

This is the simplest way to convey the meaning of inner peace and serenity.

Literally this character means still, calm, serene, quiet or silent.
In the old days, Chinese, Japanese, or Korean people might hang a wall scroll with this character in their reading room to bring about a sense of peace in the room.