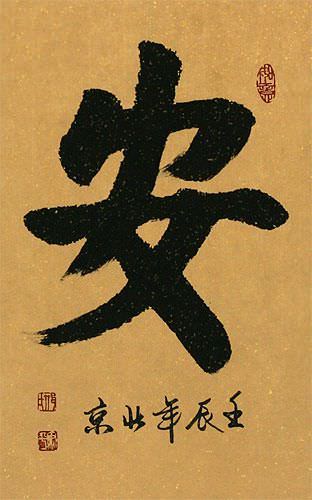 This character is used in a lot of compound words in the CJK world. Alone, this character has a broad span of possible meanings. These meanings include relaxed, quiet, rested, contented, calm, still, to pacify, peaceful, at peace, soothing or soothed.

This character and even the pronunciation was borrowed from Chinese and absorbed into both Japanese Kanji and Korean Hanja. In all these languages, this character is pronounced like "an".